2015: competed on Food Network’s Chopped and named a “Rising Star Chef” by Food & Wine Magazine and Eater Charleston’s “Chef of the Year.”

2016: competed on Bravo network’s Top Chef, Season 14, and placed 7th out of sixteen contestants and was featured on The Everygirl, Charleston Magazine, The Local Palate, and Chefs Feed, among many others.

2021: a judge on Discovery Plus’s “Moonshiners: The Smoke Ring.”

Chef Emily Hahn is a private chef, consultant, and culinary entrepreneur currently based out of Bozeman, Montana by way of Charleston, South Carolina. She is the co-owner of Mountain Provisions with previous colleague, Josie Goode.

Born and raised in Virginia, Chef Emily’s career began when she followed her nose into a culinary gem, Mamma Zu, a restaurant in Richmond, Virginia, with a cult following and known for its authentic, delectable Italian cuisine and terrible service. She would helm the kitchen for three years, proving to be a natural, training with chef-owner, Ed Vasaio. She moved to Vermont to attend culinary school and graduated from New England Culinary Institute (NECI). An internship at NECI brought her to Charleston, SC, where she would spend the next 17 years honing her skills, opening restaurants, and running kitchens across the Lowcountry.

With over two decades as an executive chef in the Food & Beverage industry, Chef Em decided to spend the next four years working in the commercial shrimping business after a long-term business relationship with Tarvin Seafood turned into a second career!

Shrimp boots suited her as she worked as deck crew on the shrimp trawlers, Carolina Breeze and Miss Paula, eventually earning her OUPV Captain’s license. Being connected to the roots of where her food comes from has always been close to her heart, and one day she hopes to combine her passions into one, but for now, she has pivoted back to creating her unique and thoughtful dishes for all to
enjoy.

For the last year, she has been curating special culinary “Montana moments” across southwest Montana having made the cross-country trek to work for the ever-talented Chef Melissa Harrison of Seasonal Montana.

Today Chef Emily is creating her own culinary experiences to share with new clients! A veteran of the food and beverage industry, Chef Em draws from her travels to Italy, South America, Central America, and the Lowcountry to inspire her menus.

be you–the world will adjust 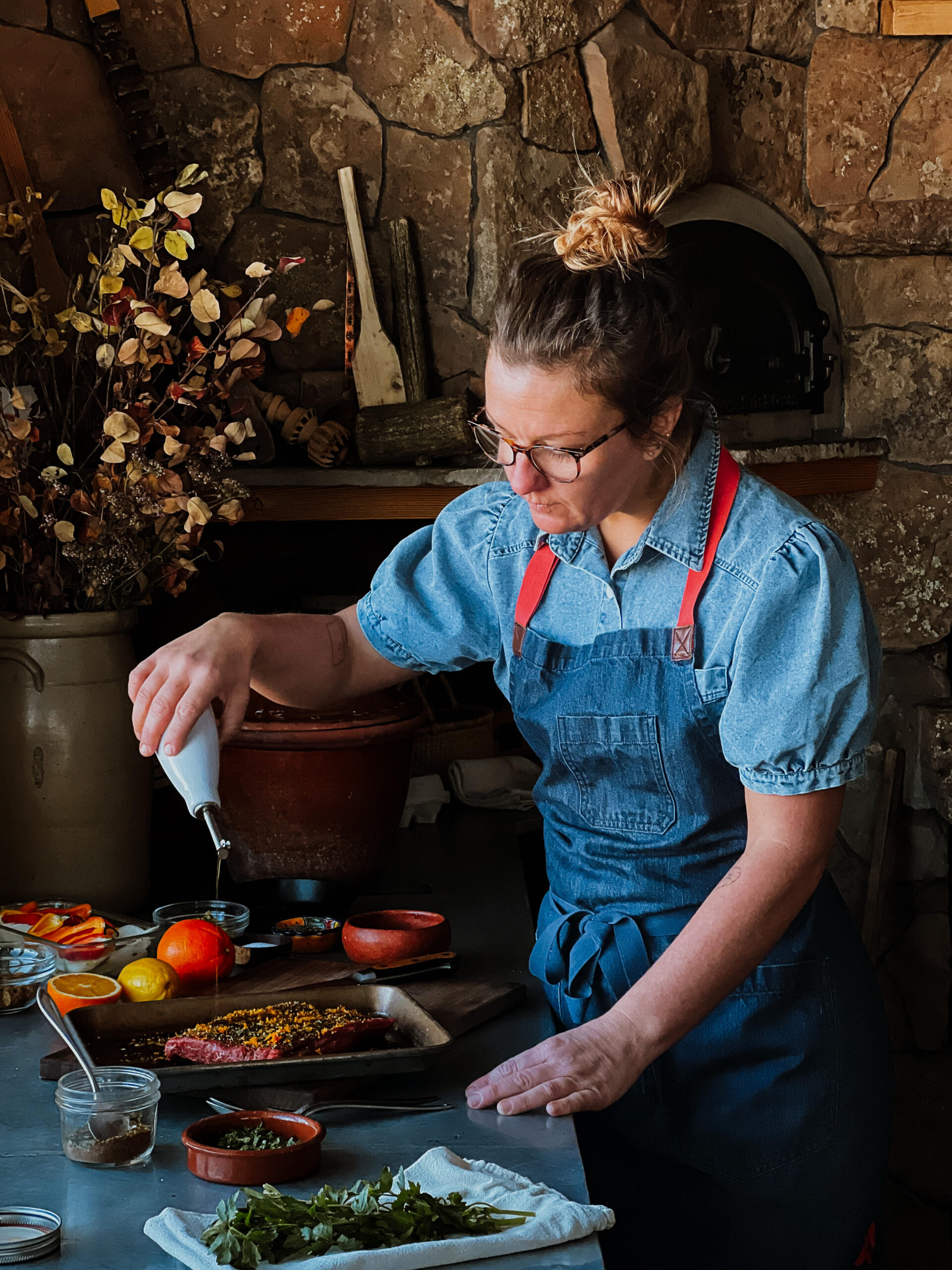